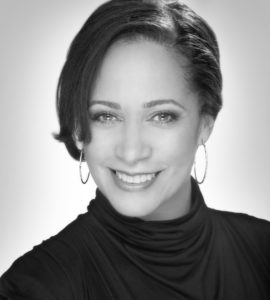 Deneen Graham-Kerns is a graduate of the University of the North Carolina School of the Arts with a Bachelor of Fine Arts Degree in Dance/Ballet. In 1983, she was crowned Miss North Carolina and became the first African American to hold the title. She has traveled to the Mediterranean, Far East and Alaska with the Department of Defense Entertainment tours, and has appeared in Atlanta’s Theatre Of The Stars Productions of Gentlemen Prefer Blondes, South Pacific, Hello Dolly, Music Man, and Will RogersFollies.  For seven years, Deneen worked with the MissGeorgia Pageant, where she served as botha performer and a choreographer.  As a member of the Atlanta Hawks Dance Team, she was an Assistant Choreographer and also an emcee for Harry the Hawk’s I Like Me Because I’m Drug Free and Fast Break for Readingprograms, which traveled to hundreds of elementary schools throughout the Atlanta area. In May of 2018, Deneen was given the honor of being inducted into the Wilkes County Hall of Fame. For the past 22 years, Deneen has been a dance teaching artist and is proud to be a member of the Ballethnic Dance Academy faculty.