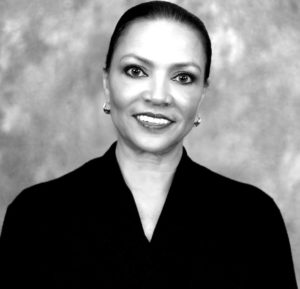 FIRST PRIMA BALLERINA
OF THE DANCE THEATRE OF HARLEM

In addition to her career with Dance Theatre of Harlem, she appeared in print ads for Avon, Revlon, and Essence Magazine, the covers of Essence and Dance Magazine, and TV commercials for Ultra Sheen, Diet Rite Cola, and Avon. She is one of the original Revlon Charlie girls.

She is one of the dancers in the movie, The Wiz, choreographed by Louis Johnson and directed by Sidney Lumet. She danced the role of “Sophisticated Lady” in Bubbling Brown Sugar at the Papermill Playhouse in New Jersey,Amsterdam, and Paris, and performed the “Trumpet Solo” in Bob Fosse’s Dancin’on Broadway. Following six months on the Broadway stage, she sustained a career-changing knee injury and then taught for the St. Benedict’s School ofDance in Jamaica, New York, and founded her own dance school in Paterson, New Jersey. Once her knee stabilized, she was invited to perform the role of Evein Geoffrey Holder’s Ballet, Blues, and the Bible at the Fountainbleu Hotel in Miami and then House of Flowers with his wife, Carmen Delavallade, starring Patti Labelle.

Her husband’s job with IBM transferred them to the Atlanta area in 1992, and they have been happily married for 35 years with two grown children. She currentlyworks for Atlanta’s Ballethnic Dance Company, founded by alumni of Dance Theatre of Harlem, Waverly Lucas and his wife, Nena Gilreath-Lucas, as the rehearsal director for their annual production of Urban Nutcracker as well as for their former signature piece, The Leopard Tale, and numerous other productions over the course of many years.