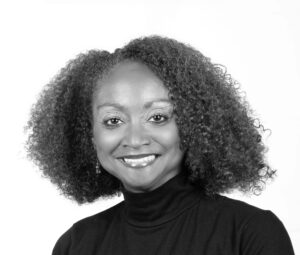 Mrs. Gilreath is a graduate of the North Carolina School of the Arts where she received a Bachelor of Fine Arts in Dance. She began her career by moving to Atlanta and joining the Ruth Mitchell Dance Theatre.  She later joined the Dance Theatre of Harlem, touring nationally and internationally.  In 1988, Ms. Gilreath returned to Atlanta to dance with the Atlanta Ballet.  Finally, on January 15, 1990, along with husband and choreographer Waverly T. Lucas, II they created Ballethnic Dance Company. She has implemented numerous outreach programs including the BUDDY Project through the Atlanta Project, which served as a model for the existing Danseur Development Project.  Ms. Gilreath currently serves as co-founder and co-artistic director of Ballethnic Dance Company and Ballethnic Academy of Dance. She continues her original role as a dance artist and mentor for many young dancers as well as assisting Mr. Lucas in creating Ballethnic’s unique style. Ms. Gilreath was creative Loafing’s 2000 Best of Atlanta Critics Pick-Best Dancer; she received Atlanta Business League’s Success Against the Odds Award in 2001. She, along with Mr. Lucas, received the 2002 Global Diversity Business Exchange Atlanta Entrepreneur Award. In addition, Ms. Gilreath is a recipient of the 2003 Pinnacle Leadership Award. Nena and Waverly were recently selected as the December 2006 Lexus Leaders of the Artsby Georgia Public Broadcasting. Nena was also recognized in Atlanta Magazine’s December 2006 issue as one of the “Top Twenty Women in Business”. She is also the recipient of the 2007 Charles Loridans Award. She also received the 2008 Atlanta NAACP President’s Award for their positive influence on today’s youth.